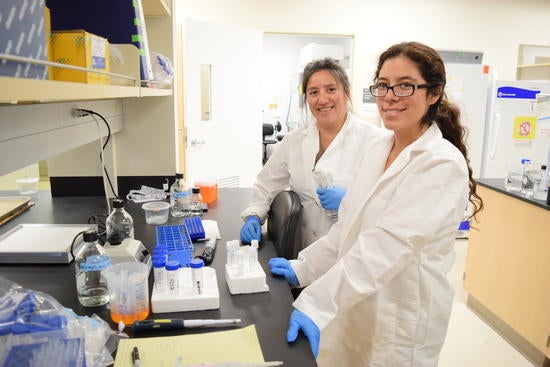 The department of Microbiology and Plant Pathology at the University of California, Riverside is  committed to conducting research on the basic biology of plant pathogens and microbes;  developing methods for the management of plant and microbiological diseases of organisms;  providing a quality education to its students; and, providing expert advice on plant diseases and  microbiology to the citizens of California and the world.

Microbiology and Plant Pathology are multidisciplinary fields. Consequently, represented among our  faculty are experts in the fields of genetics, genomics, cell biology, molecular biology, biochemistry,  ecology, evolutionary biology and bioinformatics, as well as more traditional aspects of disease control. Their research programs range from those based primarily in the laboratory to those with  substantial field components. Many faculty also have close interactions with agricultural  commodities, industry representatives, growers, and farm advisors throughout California and the world. This is critical to applied research for identifying and controlling both emerging and established plant diseases.

Our graduate programs are key components of our department's activities. Many graduate students have been attracted to Riverside by our international reputation. The Department is large enough to provide graduate students with the experience and skills needed to make them successful in scientific endeavors, but small enough for them to form close personal relationships with their professors and colleagues. Graduates may find themselves working for large agribusiness firms developing new fungicides; biotechnology firms using genetic engineering to create disease-resistant plants or microbial factories; universities developing tomorrow's agricultural technology or studying how microorganisms cause diseases, or at governmental agencies or private organizations providing practical advice on control or diagnosis of disease.

Research in plant pathology began in Southern California in 1905 when the state legislature voted to establish a pathology laboratory and branch agricultural experiment s tation directed by Ralph E. Smith at Whittier and on the eastern slope of Mt. Rubidoux in Riverside. The operations in Riverside were moved to what today is UCR when the UC Regents agreed to establish the Citrus Experiment Station and Graduate School of Tropical Agriculture in 1913, with Herbert J. Webber as the first director. Webber instituted six divisions, including Plant Pathology. James T. Barrett and Howard S. Fawcett joined as faculty, with Fawcett later assuming leadership and enjoying a long tenure that saw an expansion in both teaching (at the UCLA campus) and research topics, including diseases of avocados, ornamentals, vegetables and other crops. Leo J. Klotz became chair in 1946, upon the retirement of Fawcett. The University of California, Riverside was officially established in 1954. John T. Middleton succeeded Klotz as chair in 1957. In 1961, graduate and undergraduate degrees in Plant Pathology were instituted at Riverside. In 1963, James B. Kendrick became chair, and in 1964, the department severed ties with UCLA, becoming a UCR-specific department.

Let us help you with your search