The Department of Microbiology and Plant Pathology invites you to their Awards Presentation and Graduate Student Invited Lectureship.

We will be presenting the awards for the Edmond C. Calavan Scholarship, the Peter and Pamela Tsao Graduate Student Award, the Microbiology Departmental Student Award, and the Excellence in Mycology Award, followed by a lecture by Professor Duncan Cameron. 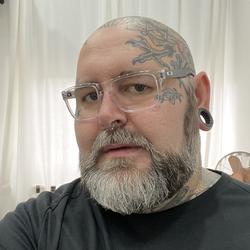 Lectureship Title: “Decoding the secret language of soils: chemical signaling in the rhizosphere and its effects
on plant health"

Abstract:  Despite the staggering technological achievements of agriculture, we owe our entire existence on this planet to a six-inch layer of soil and the fact that it rains”. The soil is the foundation of most terrestrial life on the Earth yet soil as a resource and its astonishing complexity is often ignored, undervalued and under appreciated, non more so than the amazing array of organisms that make soil their home. The soil is a repository of information as well as an information super highway where signals are exchange between the soil organisms including plants, animals and microbes. These, usually chemical, signals have been hard to detect and to decode but advances in analytical methodologies, both biochemical and statistical, now allow us to eaves drop on these conversations as never before. Here I have select some examples of how soil organisms communicate with each other and the wider consequences of those conversations for soil ecosystems.

Biography: Duncan Cameron is Professor of Plant and Soil Biology in the Department of Animal and Plant Sciences at the University of Sheffield. He is an environmental microbiologist and analytical biochemist studying the physiology and chemistry of plant-microbe interactions in the soil in the context of sustainable agriculture and global food security as well as the evolution of microbial symbiosis. Duncan is co-director of the University of Sheffield Flagship research institute, the Institute for Sustainable Food. Duncan’s research is highly interdisciplinary, with collaborative projects linking between science, social science and the arts. Duncan actively supports equality, diversity and inclusion at The University of Sheffield as a gay and disabled role model. After receiving his BSc in Animal and Plant Biology from The University of Sheffield and his PhD in Plant and Soil Sciences from the University of Aberdeen, Duncan undertook post-doctoral research in Sheffield before taking up a Royal Society University Research Fellowship and has held international fellowships in Germany and Australia. Duncan has extensive experience in translational research in the UK and overseas where he has taken his basic research findings into agricultural practice. In 2013, he received the World Economic Forum’s Young Scientist Award for “extraordinary scientists from across academic disciplines and geographies, under the age of 40, who commit to integrating scientific knowledge into society for the public good.